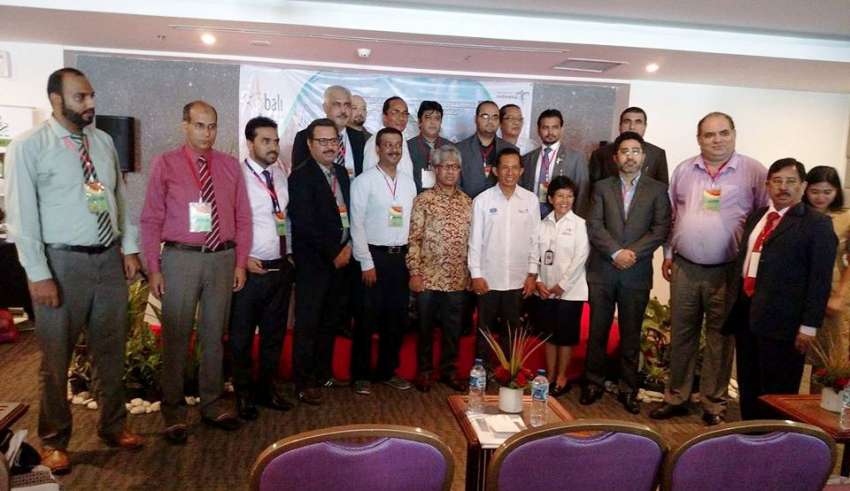 BALI: Indonesia-Pakistan Tour Operator Business Meeting took place on Monday 09-October-2017 in meeting room of Jambuluwuk Oceano Hotel Seminyal Bali. Many distinguish guest from both of the brotherly countries attended the meeting including representatives of Thai Airways & tour operators from Indonesia and Pakistan.

The meeting was carried forward by the remarks of the managing director Bali sunshine tours and travels Mr. I Ketut Ardana, SH; he welcomed all the delegates from Pakistan fam-trip and wished them an amazing stay at Bali. He said in his speech that Bali is receiving the number of Pakistani tourists and it;s increasing day by day. He ensured that Bali is one of the top tourists destinations in the world with the beautiful culture, food and destinations to offer. He also said that Bali has all the facilities like transportation, language and local tour operators to offer to the Pakistani tourists. He again welcomed all the delegates and encouraged them to have a fruitful meeting.

The closing speech was made by the Irfan Khan Head of the tourist from Pakistan he started his presentation with the short video about Pakistan and its culture.  He presented the major achievements of Pakistan and noted the potential of the Indonesian tourism in Pakistan specially Bali. He also mentioned increase in the number of Pakistani tourists travelling to Bali every year. He further assured that both of the countries have so much potential to explore and such opportunities help tour operators to take advantage and strengthen the relationship between both of the countries.