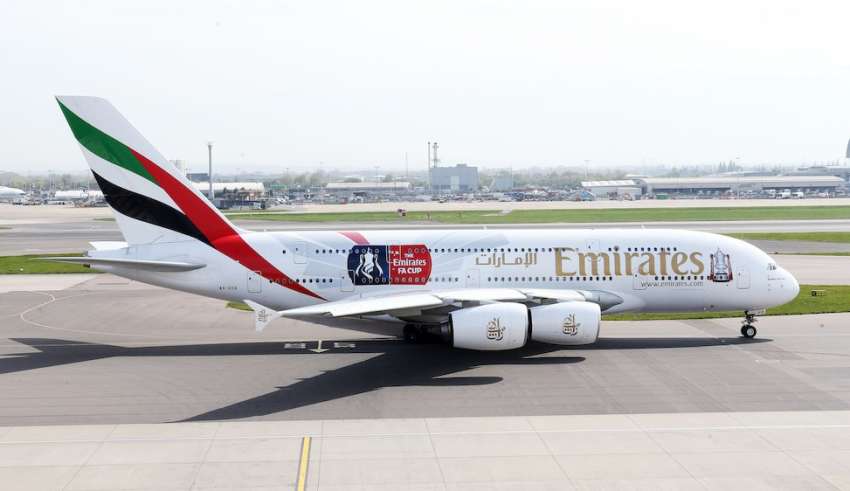 DUBAI/LONDON: Emirates and The Football Association announced today a three year contract extension to their successful existing partnership. The agreement will see the tournament continue to be named The Emirates FA Cup through until 2021.

In 2015, Emirates became the title partner of the FA Cup, the world’s most prestigious domestic cup competition. The partnership between Emirates and the FA’s flagship competition has helped widen the reach to fans around the globe. Just ahead of the semi-finals in April of last year, the airline unveiled an exclusive Emirates FA Cup branded A380, with the logo of the iconic cup adorning both sides of the double-decked aircraft. The Emirates FA Cup branded aircraft has made its way to the extensive Emirates A380 network, allowing fans from around the world to connect with the competition in a unique way.

The airline also took the coveted Emirates FA Cup trophy on its first-ever trip to Africa with a stop at the airline’s Headquarters in Dubai in October 2016. The four day tour through Ghana and Kenya including visits to schools and training centres allowed thousands of football fans in Africa to get a little closer to the competition and gave them the opportunity to be photographed with the popular trophy. There are plans in place to extend the tour to take the Cup to even more cities on the Emirates network in the coming year.

The 2017/18 Emirates FA Cup tournament began on Friday 4 August and saw 737 teams entering the competition and 185 extra-preliminary games taking place across the country. Last year’s competition involved more than 11,000 players from over 700 teams, playing in matches attended by over 1.8 million fans.

Sir Tim Clark, President of Emirates Airline said, “We remain incredibly proud to continue our role as the first ever title sponsor of such a prestigious and historic tournament. The spirit of this competition, bringing together both small clubs and Premier League giants alike to face each other before an audience of passionate fans is what drives us to continue our investment in this tournament. Through our support of the Cup, Emirates remains committed to the sport of football and its continued development. We look forward to the future of our partnership and helping to connect fans across the globe to one of the world’s most celebrated sports.”

Mark Bullingham, FA Group Commercial Director added, “We are delighted to be continuing our partnership with Emirates through to 2021. Working alongside such a well-established and iconic global brand has helped us to make the competition more accessible to fans across the world. With the support of Emirates, last season’s competition reached over 912 million fans worldwide. The partnership will also allow us to continue our investment into the game at all levels. We look forward to continuing to work together to ensure the Emirates FA Cup remains the best loved and revered domestic cup competition in the world.”

The competition continues with the preliminary round on the weekend of 18/19 August and will culminate in a showpiece Final at Wembley Stadium connected by EE on Saturday 19 May 2018.