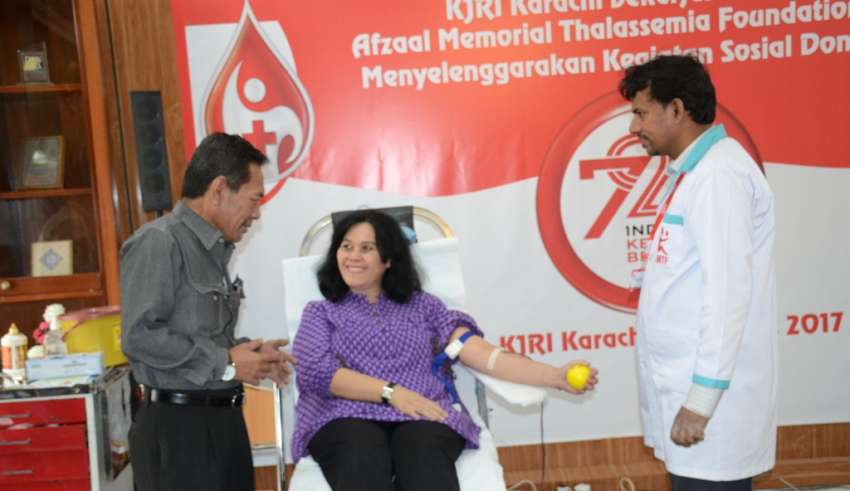 There were more than 70 candidates consisting of Indonesian communities domiciled in Karachi and surrounding areas and counterparts present to donate their blood, but according to the selection by the AMTF team, not all of them succeeded in becoming donors. Health conditions, age limitations, pressure and blood content at the time of examination determine whether or not a potential donors candidate.

Dempo Awang Yuddie, Consul Jenderal of Indonesia expressed high appreciation and gratitude to AMTF in organizing this blood donation. The expression of gratitude should also be shared with donors as this reflects the high level of social awareness of Indonesian society and counterparts to the people of Pakistani suffering from thalassemia disease and hopes that this humanitarian activity can continue in the future, thus contributing continuously to improving community both countries relations and provide benefits as a forum to foster a spirit of unity and brotherhood for fellow Indonesian citizens residing in Sindh Province. News Desk